The Best Neighborhoods in Austin, TX 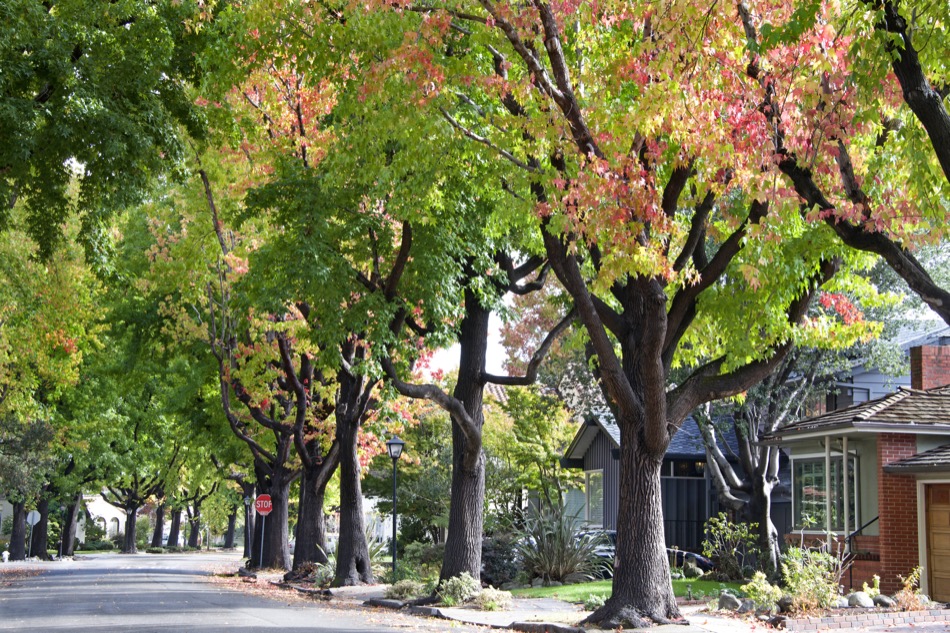 Austin is the eleventh largest city in the United States and the fourth most-populated city in Texas with nearly one million residents. Its metro area spans five counties, which increases the overall population of the Austin region to more than two million. In just the last 10 years, the area's growth has increased by about 10 percent as people discover the sites, sounds, and diverse neighborhoods of the state's capital city.

Looking to make the move to Austin, or planning a visit? Here's a few fast facts about Austin:

The Avery Ranch neighborhood sits about 20 miles north of central Austin. This Austin neighborhood is a master-planned community with more than 4,000 homes, a scenic golf course, hiking and biking trails, tennis and basketball courts, multiple swimming pools, and playgrounds. It's the ideal community for home buyers looking for an urban oasis with an easy commute into the Capitol and downtown area.

Residents of Avery Ranch have access to public schools that are part of the Round Rock Independent School District and the Leander School District. The neighborhood is adjacent to the city of Cedar Park, a 60-acre lake, and the amenities of the Brushy Creek Lake Park. It's close to U.S. Highway 183, Lakeline Mall, and the Austin Aquarium.

Neighborhoods in Austin, like Barton Hills, effortlessly combine historic homes with newer constructions in a community minutes from major routes, schools, parks, and amenities. The Barton Hills neighborhood is less than five miles from downtown Austin and is located between Highway 1 and Route 343. Residents can walk to the Barton Creek Greenbelt, enjoy the trails, rock climbing, and beautiful scenery. There is easy proximity to Lady Bird Lake, the Barton Springs Municipal Pool, and Zilker Park.

Located in the southern portion of the city, Westgate is still considered an up-and-coming neighborhood. The homes in Westgate are more affordable than they are in other parts of the city, making this a great location for first-time home buyers who are looking to invest in a rising community. It is surrounded by some of the most popular neighborhoods, so it is going to become increasingly desirable to home buyers in the years to come. Homes in this area are sure to be a valuable investment.

The Circle C Ranch neighborhood of Austin is on the city's southwest side, located near the MoPac Expressway (TX-1 Loop). Circle C Ranch is about 12 miles from downtown Austin and 17 miles to the airport. It's a master-planned community with more than 5,800 homes, including luxury estates with private pools and expansive living space. Home buyers can find smaller subdivisions within the main neighborhood like Park Place, Enclave Estates, and Wildflower Park. Some of these communities are gated. Architectural styles vary within Circle C Ranch; it's easy to find homes with traditional two-story designs, as well as Craftsman influence and the classic Texas ranch.

Community amenities within the Circle C Ranch neighborhood include hiking/biking trails, swimming pools, and the Grey Rock Golf and Tennis Club. Residents have access to the public schools of the Austin Independent School District, including several elementary schools, two middle schools, and one high school within the neighborhood boundaries.

The downtown Austin community spans several individual neighborhoods offering a mix of high-rise condominiums, historic sites, popular music venues, and places to eat, shop, and explore. In the heart of the Downtown District, the urban lifestyle thrives with condominium buildings like the Town Lake Residences and The Independent. These high-rise homes have concierge services, roof-top lounges, private pools, lake views, and more. The Independent even has its own dog park.

The Warehouse District has apartment rentals plus neighborhood bars and restaurants located in renovated warehouses. It's known for its unique venues for entertainment and music.

Rainey Street was once an Austin area with single-family detached homes lining the streets. Today, it's mainly high-rise condominiums, businesses, hotels, and restaurants.

The Uptown Arts District is bordered by the Texas State Capitol on the east and the University of Texas West Campus on the northern edge. It's the downtown area that is home to the courthouse and the Bullock Texas State History Museum.

The Sixth Street neighborhood is known for its hotels and places to have a drink and enjoy nightlife.

The Red River Cultural District spans three blocks and has a wide selection of nightclubs, music venues, hotels, and restaurants.

The Market District has luxury condos and is just steps away from unique shops, restaurants, and bars. This area is home to the condominiums The Monarch and The Independent, a 58-story building. The Whole Foods Flagship Store also is in the Market District.

Come home to Mueller, a master-planned community located less than five miles northeast of downtown Austin. This Austin neighborhood has a mix of rentals, townhomes, and single-family, detached homes on streets walkable to parks, businesses, and places to eat and shop. The townhomes and single-family houses are newer constructions, built in about 2007.

The Mueller neighborhood is home to the Dell Children's Medical Center of Central Texas, which is located on the northwestern edge. The Wilshire West Apartments also are on the northwest side. The Mueller Lake Park is on the west side, just south of the Thinkery, a children's museum. The Morris Williams Golf Course is adjacent to Mueller Lake Park on the south side and the Bartholomew Park is on the northeast side. There are greenway trails on both the north and south ends of the neighborhood.

This is one of the lesser-known neighborhoods in Austin, but this may come as a surprise to those who have discovered its affordable homes and large plots of land. Households who want a little more space to grow and breathe without having to leave the convenience of the city behind will love Windsor Park. Expect this neighborhood to quickly be on the radar of those who are looking to move to Austin. Now is the ideal time to look for a house here.

The best neighborhoods in Austin include the Congress area, which has sections for West Congress, East Congress, and South Congress (SoCo). The neighborhood is bordered at the east by Interstate 35/Interregional Highway, and U.S. Highway 290 at the north. South First Street is the western border, and East William Cannon Drive is the southern edge.

The Congress neighborhood has apartments for rent, like Austin City Lights and the Willowbrook, as well as condominiums and single-family homes. The houses vary in architectural style and size, but many are single-story or ranch style nestled on tree-lined streets located within walking distance of parks, Williamson Creek, and places to shop and eat.

In the SoCo area, there is a wide selection of businesses, restaurants, and boutiques. Residents and visitors to the SoCo can find unique stores and vintage shops as well as national retailers. The Austin Independent School District serves the Congress neighborhoods.

In many respects, Crestview offers the best of both worlds. It is centrally located in the heart of Austin, and is not far from the vibrant city life that can be found downtown. However, it's also known for its old world charm, giving residents a sense of peace and comfort that can't be found in many big city neighborhoods. Here buyers will find a plethora of homes with character, all of which are located within walking distance of parks, shopping, restaurants and other amenities.

West Lake Hills is part of the Austin metro area, located between State Highway 360 and the Colorado River. As an Austin neighborhood, it has allure for its luxury homes and scenic landscapes of Hill Country. West Lake Hills is about five miles from downtown Austin and minutes from the Lions Municipal Golf Course. The sprawling neighborhood features a variety of homes, from luxury estates to elegant condominiums. Architecture styles include mid-century modern constructions as well as Tuscan villas, and classic Texas ranch styles with stone exteriors and private yards with outdoor kitchens and pools. West Lake Hills (also known simply as Westlake) enjoys easy proximity to the Barton Creek Wilderness Park and Red Bud Isle.

The Austin neighborhood of Hyde Park sits nestled between I-35 and Triangle Park, a community with single-family homes, apartments, and the Elisabet Ney Museum. The museum is located in the home that once belonged to Elisabet Ney, the sculptress. The oldest grocery store in Austin is also located in Hyde Park. Find the Avenue B Grocery & Market off West 45th Street, just a few blocks from the Shipe Park. Hyde Park is part of Central Austin.

The Tarrytown neighborhood of Austin sits along the banks of the Colorado River, located about four miles northwest of downtown. The Lions Municipal Golf Course is on the southwest side, and Mayfield Park is on the northwest edge. The eastern border is the MoPac Expressway. Tarrytown has luxury homes on landscaped lots and tree-lined streets. The Casis Elementary School is on the north side of the neighborhood and the O Henry Middle School is on the south side near the golf course. Tarrytown is home to Austin's first vegan gastropub, the historic Stone Windmill, and the Howson Branch of the Austin Public Library.

The city of Austin, Texas has a grand selection of neighborhoods—from urban luxury to sprawling communities surrounded by the best outdoor recreation Hill Country has to offer. Explore the neighborhoods of Austin to find some of the most unique places to shop and eat, as well as music venues catering to world-wide audiences. Austin's neighborhoods have something for everyone, and the best listed are some of the most popular among locals and visitors to the city.