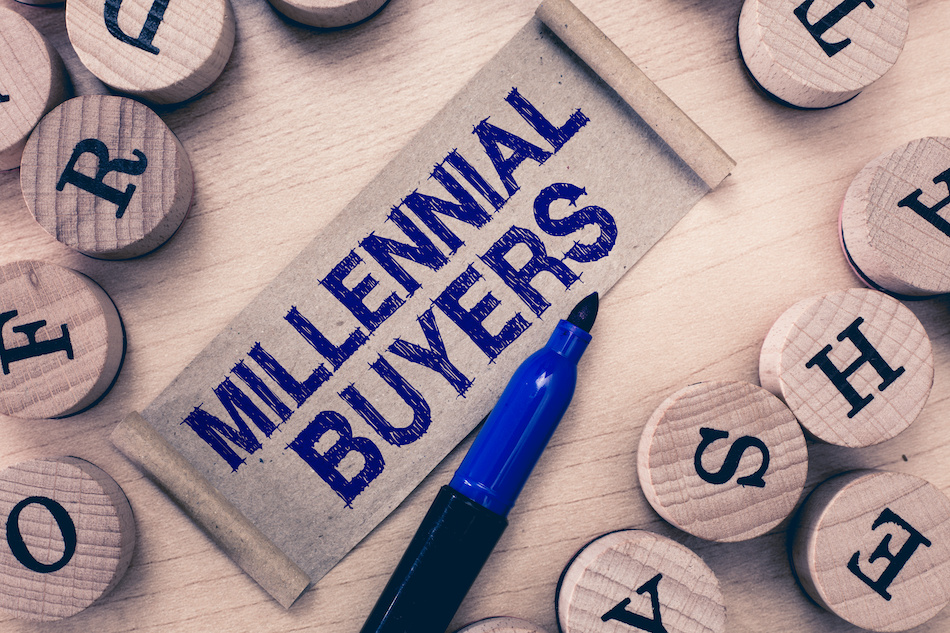 Depending on which birth year cut-off one uses, millennials are one of the largest generational segments for home buying in terms of population size. Given this generation came of age during the Big Data boom, it’s not a huge leap to conclude that their buying habits have been analyzed to a dizzying degree. In a world where “content is king” and marketers vie for the attention of a particular segment, myths and rumors begin to materialize. The purpose here is to address some of those myths and, hopefully, set the record straight.

False. If we use the 1981 to 1997 birth year cut-off for millennials, this would place a proportion of the potential homebuyers in their early-to-late 20s. According to Nerdwallet, the median age for first-time home buyers is 31 and hasn’t really changed since the 1970s (roughly a decade before many millennials were born). Many Millennials want to get ahead by buying real estate, but they simply aren’t at the peak home-buying age yet.

So is it really a preference to rent? It’s more likely the millennial decision to rent has to do with additional factors such as their annual median income—which is less than $50,000—and the stiff competition for housing.

This begs the question, “What do you mean by ‘responsible’?” The millennial’s preference for social consciousness, which includes an active awareness and push for diversity as well as a mindful approach to inclusive social practices, sets up a scenario for proving this myth as false. In fact, almost 90% of millennials surveyed state that they value financial responsibility when choosing a significant other, and a large portion have budgets to help with financial security.

Combine that statistic with the fact that they tend to earn less than the elder Gen X’ers and boomers—who’ve had more time to establish their financial security—and that the current median home price is $258,300, even the most financially responsible millennial will be hard pressed to scrape together the down payment for a home. As such, is it really fair to say an entire generation isn’t “responsible?”

There are so many external factors over which neither individuals nor generational segments have control. This is particularly true when it comes to housing affordability. All generations live in a post 2007-2008 world, and so conventional lenders are more cautious about mortgage loans.

Though the U.S. government provides other avenues for home buying (e.g. VA loans, USDA loans, and FHA loans), the fact remains that millennials are competing with each other and with foreign investors who snap up homes as quickly as they come to market. The issue could be due to the millennial penchant for seeking homes in larger, more populated cities, which already have a high demand for housing.

But, it’s false to state that millennials won’t “ever” be able to afford homes. They’re still entering the home buying market, and as they inch closer to their 40’s, they may shift their geographical preferences to suburbs or rural areas. Only time will tell.

There is some truth to the statement that Millennials don’t have good credit scores. But, there is a caveat: when compared to Gen X’ers, boomers, and the Silent Generation, millennial credit scores are worse. The overall average U.S. credit score is 695, which is considered to be average or fair for both FICO and VantageScore models.

Forty-one percent of those between the ages of 30 and 39 have a credit score below 621, while 38% of the 30 and younger crowd have the same credit score distribution. It doesn’t help that only 54% of millennials surveyed believe their credit rating is important.

But, the common thread amongst all the myths is that millennials are still establishing their financial security. It’s not atypical for younger generations to go through a phase where they throw caution to the wind and disregard, or temporarily ignore, the “good credit vs. bad credit” psychology. Again, only time will tell if the sentiment shifts.

While marketers try to place millennials in a neat little box that they can clearly define for plying their services and products, millennials are as diverse as any other generation.

Some still rent. Others jump in headfirst to the housing market. One thing is for certain, though: at this time in the housing market, millennials are facing an uphill battle partly due to the sheer size of their generation.