Looking to Live the Austin Life? Here are Some Areas to Consider

Austin is the rapidly growing city with a vibrant atmosphere that everybody craves. The influx of new residents in Austin has given fresh life to the housing market, making it one of the most competitive and dynamic real estate markets in the country. Home values are rising and inventory levels are still low, leaving buyers searching to score the right home in the heart of the city.

These five neighborhoods are some where buyers can find the best values and the highest quality of life. Consider focusing your home search on these trendy neighborhoods:

Located in the southern portion of the city...

Tips for Selling a Home When You Own Pets

Many animal lovers would say that a home isn’t complete without having some kind of pet as a member of the household. Most often we find cats or dogs to be popular choices, and sometimes there’s several of them!

While pets can bring much excitement and enjoyment to a home, they can sometimes make the home selling process a little more difficult. So what is the most effective way to market your home when you have pets? Believe it or not, it’s rather easy to play up the benefits and overcome the challenges. If it’s a good time to sell your home, your pets shouldn’t deter you from listing!

Emphasizing The Pet Positive Aspects to Other Pet Owners

Many potential home buyers have pets of their own, or plan on becoming pet owners in the future,...

When it comes to the best places to live in Texas — and, according to some rankings, across the entire United States — Austin consistently tops the charts. This city has been ranked as one of the most livable cities and as one that has the best balance between opportunity and cost of living. Some suburbs have even been numbered among the most relaxed in the nation. Let’s take a look at some of these rankings to better understand where Austin’s suburbs rate.

First of all, Niche, a site that ranks neighborhoods around the United States, gave several Austin neighborhoods high rankings in a few different categories. In the category for best suburb in Texas, Rollingwood...

Kalahari Resorts to Build Resort and Water Park in Round Rock

Big things are happening in Round Rock. Among all of the business expansion and development, Kalahari Resorts has announced that they will be building a resort and water park in Round Rock. Here are the details about the real estate deal and about the new water park itself.

Wisconsin-based resort company Kalahari entered into an agreement with Round Rock officials. According to this agreement, Kalahari must invest at least $350 million into the Round Rock park and they must also hire at least 700 employees to staff the new park.

In exchange, the Round Rock City Council approved a couple of ...

It seems that for a lot of people in a lot of different places, now is a good time to sell a home. Home prices are on the rise across the country, and USA Today recently released the top 20 markets where sellers can earn the most profit on their property. Luckily for Austin residents, the city made it onto the list clinching the 19th spot.

Most home buyers hope that their home will continue to increase in value and that one day they might be able to enjoy the returns on that investment. Austin homeowners should take a look at these numbers, and think seriously about the possibility of listing their home. According to the article, the average Austin home seller is...

Austin is an ever-growing city, as evidenced by the new communities spring up both within the city and along the outskirts. In western Travis County, a major new community called Thomas Ranch is in the works. There is a lot to learn about the new community so keep reading to hear the latest!

This new community will rest on approximately 2,200 acres. On that land, lead developers from Blakefield, LLC plan at least 3,300 new buildings — a mixture of homes, apartments, shopping centers, entertainment paces, restaurants and more. In the end, it is forecasted that between 6,000 to 10,000 new residents will move to Thomas Ranch.

While the total cost of the planned community is unknown, Blakefield representatives say that construction could start as early as 2018, with the ...

Looking to Invest in Austin? Consider the Following 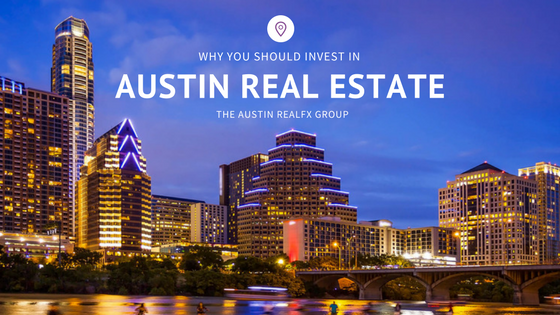 The Austin real estate market is generating buzz within the investment community. Prices are high in this seller's market, but the thriving economy and continued population growth indicates that property values will continue to increase for the months and years to come. For investors, these are the ideal conditions that they search for when it comes to investing in a particular market.

However, star-struck investors will still want to do their research before purchasing an investment property in Austin. According to a recent Forbes article, there are certain investment... 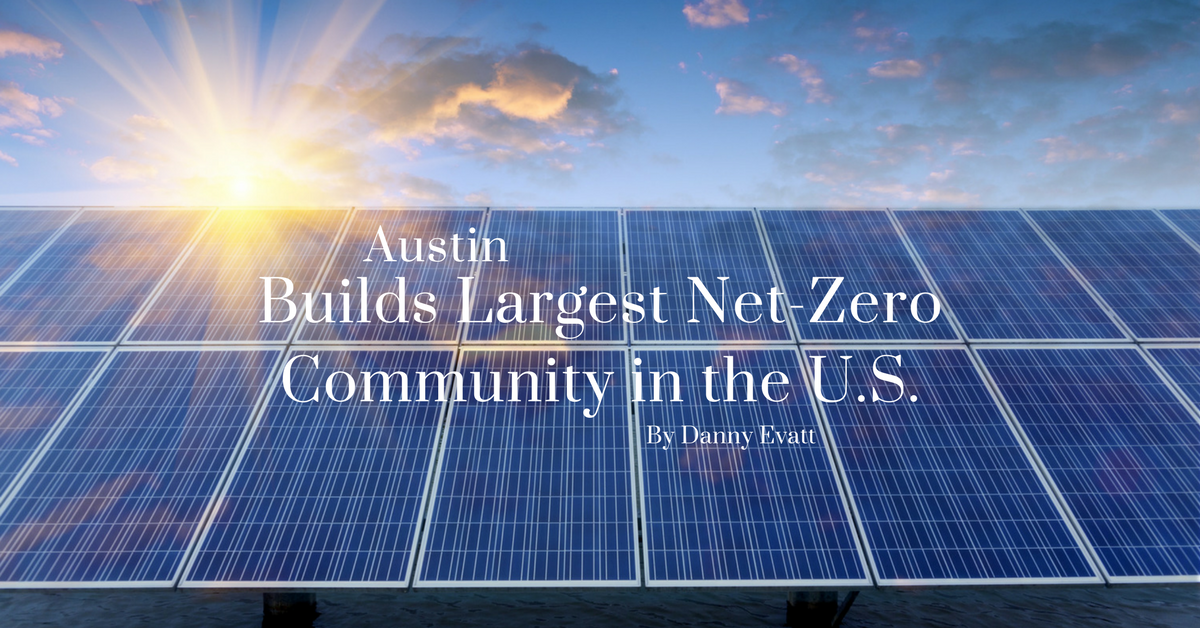 With the construction of Whisper Valley, a new community on the east side of Austin, this city will become a world leader in energy efficiency and sustainability. That's because Whisper Valley is set to be the largest net-zero community in the United States. Read on to learn more about what net zero means and how Whisper Valley will put this sustainable building practice to work.

What Does Net-Zero Mean?

The simple definition of a net-zero building, according to the Department of Energy, is one that produces as much or more energy than it needs...

Inventory Dwindles Nationwide... But Not in Austin

If you look at the data from March 2016 and March 2017, most real estate markets across the country have less homes for sale now than they did just one year ago. According to a recent report that was discussed in a CultureMap Austin post, Texas is the only state that is defying this real estate trend. In Austin and other major markets throughout Texas, inventory levels are on the rise, which is yet another indicator that this is going to be a stellar year for real estate in the city and the surrounding suburbs.

View luxury properties available in the the Austin area.

View properties for sale in golf course communities in Austin.