What Does it Mean to Be Financially Secure? 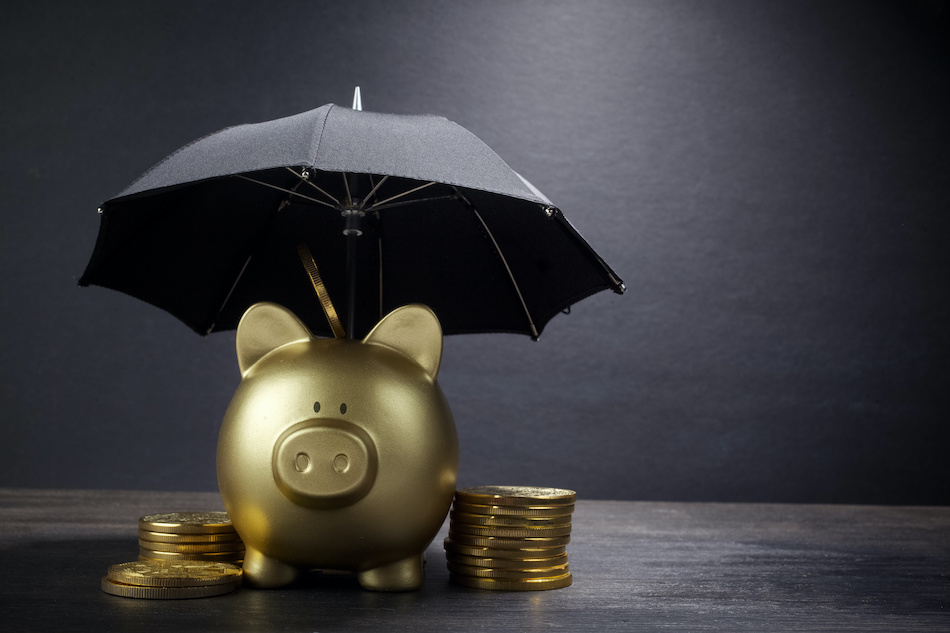 The financial crisis of the late 2000s was a wake-up call for many people. Too many people watched their jobs evaporate, and with it their savings and financial security. Although millions will probably still feel the effects for many years to come, there are also opportunities to learn useful lessons for the future. These financial states help people to know how they are progressing toward their goal of financial security.

Unlike knowing a credit score, there is no particularly objective way to determine one's financial security. A certain financial setup might be lavish to one person and barely scraping by to another person. The state of financial security is a relationship between a person's finances and their feelings about them. There are always aspects of personal finance that fall outside of a person's control. Financial security happens when they have a way to control the expected in such a way that they can more easily minimize the stress of the unexpected. People may waver between financial security and insecurity more than once in their lives.

The unexpected is precisely what tends to crop up from time to time. People get hit with unplanned health care bills or car repairs that quickly sap their savings or force them to put it all on a credit card. Having access to a credit card with a high available credit limit can be a privilege in this instance, but paying it back plus interest is a chore. Financial security means that a person is prepared to handle such setbacks without having to resort to accumulating long-term debt. Experts recommend setting aside at least 3–6 months of expenses in an emergency fund that is easily accessible. This helps to keep the bills paid and food on the table during an unexpected job loss and time spent looking for new employment. If this seems difficult right now, that's not an uncommon view. Research shows that more than half of Americans have less than $500 in a savings account. Fortunately, people can often save money and put themselves on sure footing.

Enough Money to Pay All Bills, Plus Extra

The other part of preparing for the unexpected is having a basic budget and keeping expenses down and under control. People who live paycheck to paycheck are dependent on the next month's income to cover the next month's bills. Under this arrangement, it can be difficult to save or invest in the future. Having the money to cover all the bills and incidental expenses with extra left over is often the first step of financial security. With this goal achieved, people have more options to handle how they pay their bills. They might decide to pay for some services early or in a lump sum to save money, because they have plenty in savings to cover other stuff they need.

Credit Cards are a Tool for Convenience and Rewards

People who aren't struggling from paycheck to paycheck have a world of opportunity available to them for credit, not just investments. Credit cards often offer rewards in the form of points, airline miles, or even credit for purchases, to entice people to spend on the card. Of course, the rewards are only beneficial to people who can pay the balances in full each month. The interest that gets tacked on for revolving debt can very quickly negate the rewards programs, especially for people who keep spending but don't pay it off quickly enough. By comparison, savvy buyers who keep their credit cards generally empty or have a solid debt repayment strategy get to use them like an extra form of short-term cash flow. They can accrue points toward high-end rewards like plane tickets, hotel stays, or even merchandise because they aren't paying interest on their purchases.

Debt is a Balanced Investment

Asking someone to pay cash for a home may sound nonsensical to someone who is just getting into the real estate market. However, there are plenty of established home buyers who are able to do just that. By the time this financial aspect becomes a reality, the accumulation of debt is a decision about the best way to invest money. Debt is no longer something that sits on a credit card accumulating interest at a dramatic clip. Instead, people who have financial security can decide if they want to finance a car or pay out-of-pocket. They can leverage current interest rates on mortgages and other loans to decide if they will make more money by investing their liquid funds than paying cash to buy a house or car. People in this situation know that if they open a new loan, they won't have trouble making the payments.

Someone who is financially secure might finance a home because they know that they will build equity through ownership, and they will take the same sensible approach to other investments and large purchases they make. Insecure investors are often looking for the next “get-rich-quick” scheme, because they are expecting their investments to finance their present and not their future. Building wealth takes years—if not decades. A wise investor will take several opportunities to invest in a variety of investment types, such as stocks, bonds, funds, or real estate. They are not in a hurry to cash out because they have enough security in their income and savings to let their investments grow over a period of many years and build long-term wealth.

Experts say that putting into retirement is easiest in the early years. People who invest in their retirement as much as they can from the beginning of their adult careers will have a much better head start than those who wait until their 30s or later. Retirement is a time when people want to have the culmination of many years of financial security. Depending entirely on savings and investments instead of income can be nerve-wracking, especially if someone is worried they didn't save enough. This is why investment experts recommend saving 10–15 percent of a person's annual income specifically for retirement. People who can meet that suggestion or even exceed it are more likely to arrive at retirement with the same level of financial security they already have.

Financial security is more than just a goal that people achieve and reside within for the rest of their lives, especially when you're managing finances with a partner. Rather, financial security is a balance of financial goals and objectives that allow people to become the masters of their own money. Once all these financial aspects have been met and advanced budgeting techniques have been practiced, people can design their own destinies with a much greater degree of control than those who are living according to the whims of the economy at large.